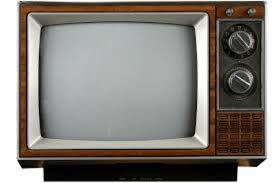 It has been a little over 7 years since we ditched cable, and it’s been interesting to watch the evolution of Cord Cutting. It has gone from a back-room whispered, almost hush-hush dirty little secret to a mainstream topic of conversation and a valid choice to consider. In September of 2019, PC Mag reported that the majority of US households – a whopping 74% – have a streaming service.

Over the years, there have been some attacks against Cord Cutting – many of those attacks coming from cable service providers themselves. The leading criticism being that you can’t actually save money, and may actually end up paying more than just holding onto your cable or satellite service. I won’t go into all of the details and the math here, but this is fundamentally false with a few exceptions – the biggest being consumers who feel driven to sign up for multiple streaming services.

It also brings me back full circle to I point I have repeated over and over again, and will continue to repeat. That is, saving money isn’t as much of a driving factor as is choice and quality of programming available. The fact is, perhaps the greatest outcome of the growing popularity of Cord Cutting has been what I like to refer to as The Split Off Effect, in which networks have decided to create their own streaming channels with their own content and original programming. Perhaps the highest profile example of this has been the successful launch of Disney+ as well as the highly anticipated launch of NBCUniversal’s peacock.

We have literally gone from “how in the world will I make this work?” to the point of having a dizzying amount of choices! Which, in my opinion, is a good thing. We are no longer pigeon holed into having to accept bloated, over-priced cable bundles with little to no choice in what programming we receive, to an almost overwhelming amount of cable free choices.

So how do you make sense of it all? How do you choose from the hundreds, even thousands, of streaming channels / services you may see in the channel store of your device of choice? A great place to start is Consumers Advocate’s in-depth reviews  of some of the more prominent, well known content providers as well as others many may not be familiar with. The team of researchers there have taken the time to analyze each service based on criteria such as Plans & Trial Periods, Supported Devices, and so on. You may want to do yourself a favor and bookmark this site, as the team keeps it update (last update as of this writing was February 15, 2020). Also, don’t forget to visit my Bare Bones Cord Cutting article, in which I highlight what I still consider to be some of the best FREE options available.

As always, please feel free to reach out with any comments or suggestions and stay tuned for more reviews and picks as the world of Cord Cutting continues to grow! 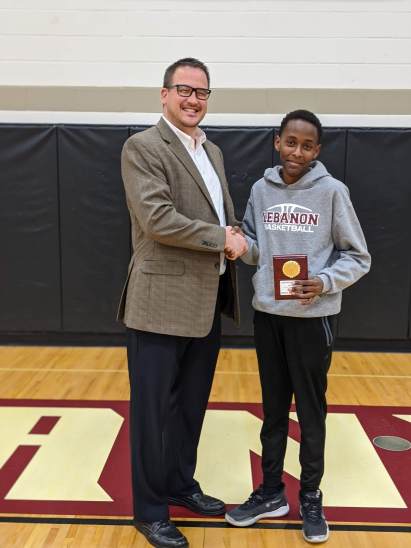 These are some of the words he spoke about Bryson tonight as he presented him with the Most Improved Award for this 7th grade season. We are so proud of him – his love of the game, his focus, and his overall love of learning. It’s been so awesome to watch him grow year after year, and we look forward to all that God has in store for him in the future! 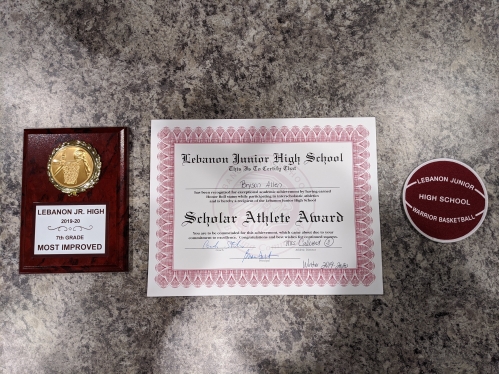 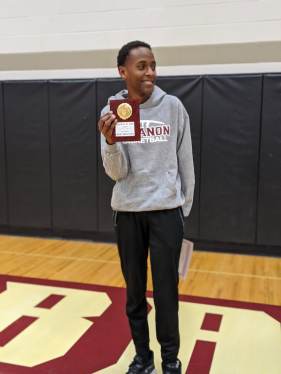 Keep going son – we know that God is still writing a very special story through you!

The box. Without question. The box is the greatest toy of all time

Decided to give Sling TV another shot (can’t lie – decided to do so because I missed a football game I wanted to see! Lol). Sling made me a great offer, so I decided to go for it. Haven’t used it since back when it first launched.

Can’t tell if it’s just how it’s performing on my TCL Roku TV, but quite frankly it’s clunky, slow, and frequently crashes. My son and I have recorded response times from button clicks to be upwards of 40 seconds from time to time – and that’s when simply navigating the guide!

Considering it will be upwards of $45/month if I choose to keep it, I’d expect much better performance. I still have Philo at $16/month and it performs flawlessly.

Anyone else have Sling TV and find the app performance to be lack-luster at best?

Not my original idea, but I’ve heard it being done on several tech podcasts that I like to listen to. I first heard it from Gastronomad writer and photographer Mike Elgan, and found it to be a fascinating idea.

Mike, like many others, was completely fed up with the likes of Facebook and began closing such accounts. Most of his frustration came not only out of privacy concerns, but the sheer level of toxic conversations and bullying – mainly those of political nature. But Mike wanted to have a way to still share his photography in a way that was a bit more toned-down and which still allowed people to comment, if they so choose, and to interact with him as well. Like a lot of other photographers I’ve heard discuss this, he was actually disappointed with the demise of Google +,  because it was a perfect platform for this type of engagement without the image compression used by the likes of Facebook.

As it turns out, Mike discovered, Google Photos is a great alternative! With it’s unlimited storage, and original image storage capability, Photos also allows you to create Shared Albums which can be shared to individual users or publicly via a created link. And, not only can people view the photos, they can also comment and Mike can respond. Mike playfully titled his “Nicebook”.

As such, I’ve created For All

There are only a few recent photos there now, and I’ll continue to add more as time goes on.

A very special thank you to all who attended and to those who participated on the panel. 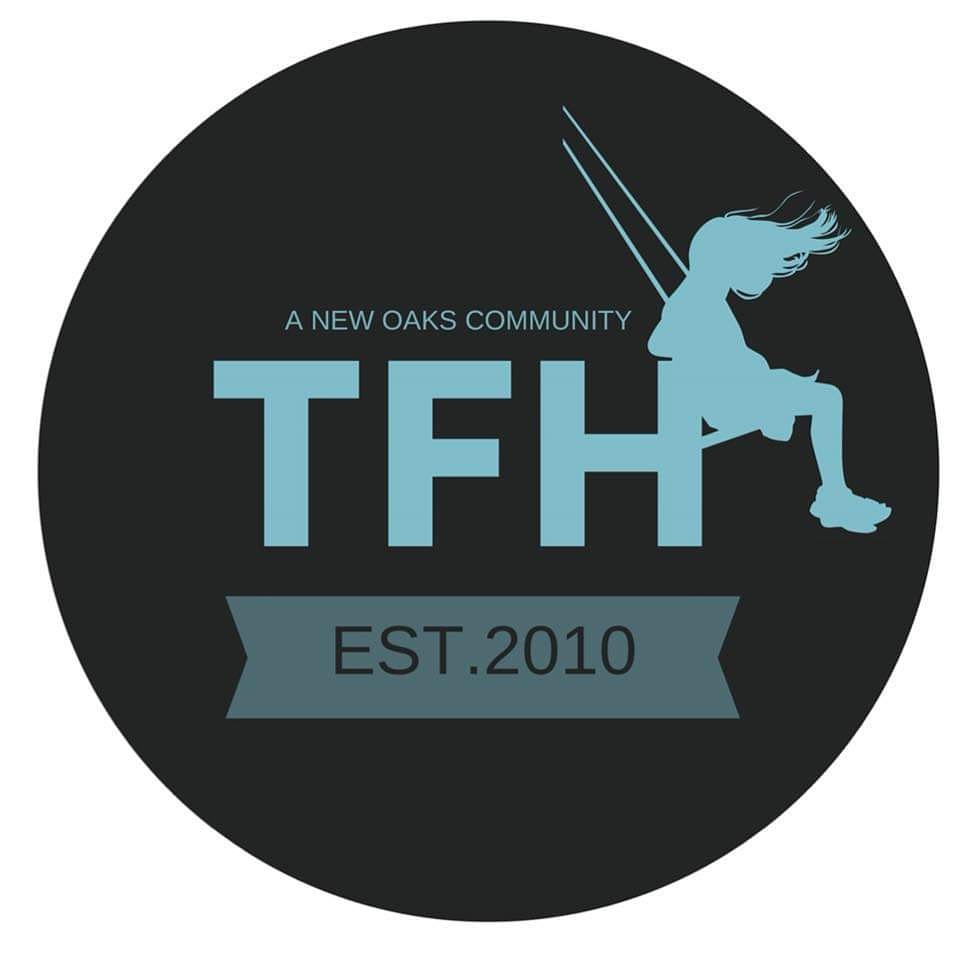 The stylus for my Chromebook (a Google Pixelbook) is battery powered. Recently started getting notifications that the battery was low.

When Google first announced this stylus, they mentioned these batteries. I never knew these existed until then.

Of course, I can’t find them anywhere locally, so Amazon to the rescue! 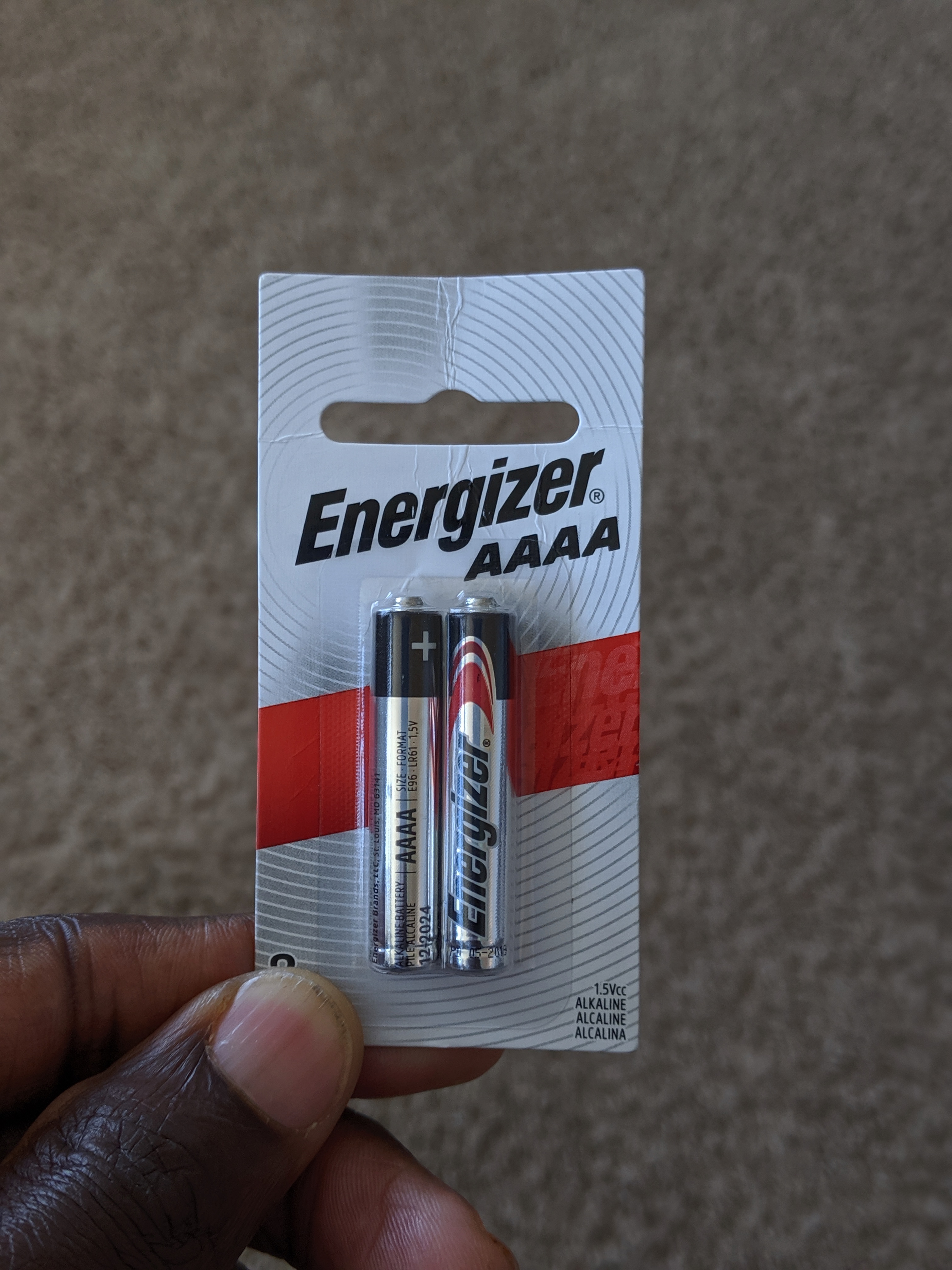